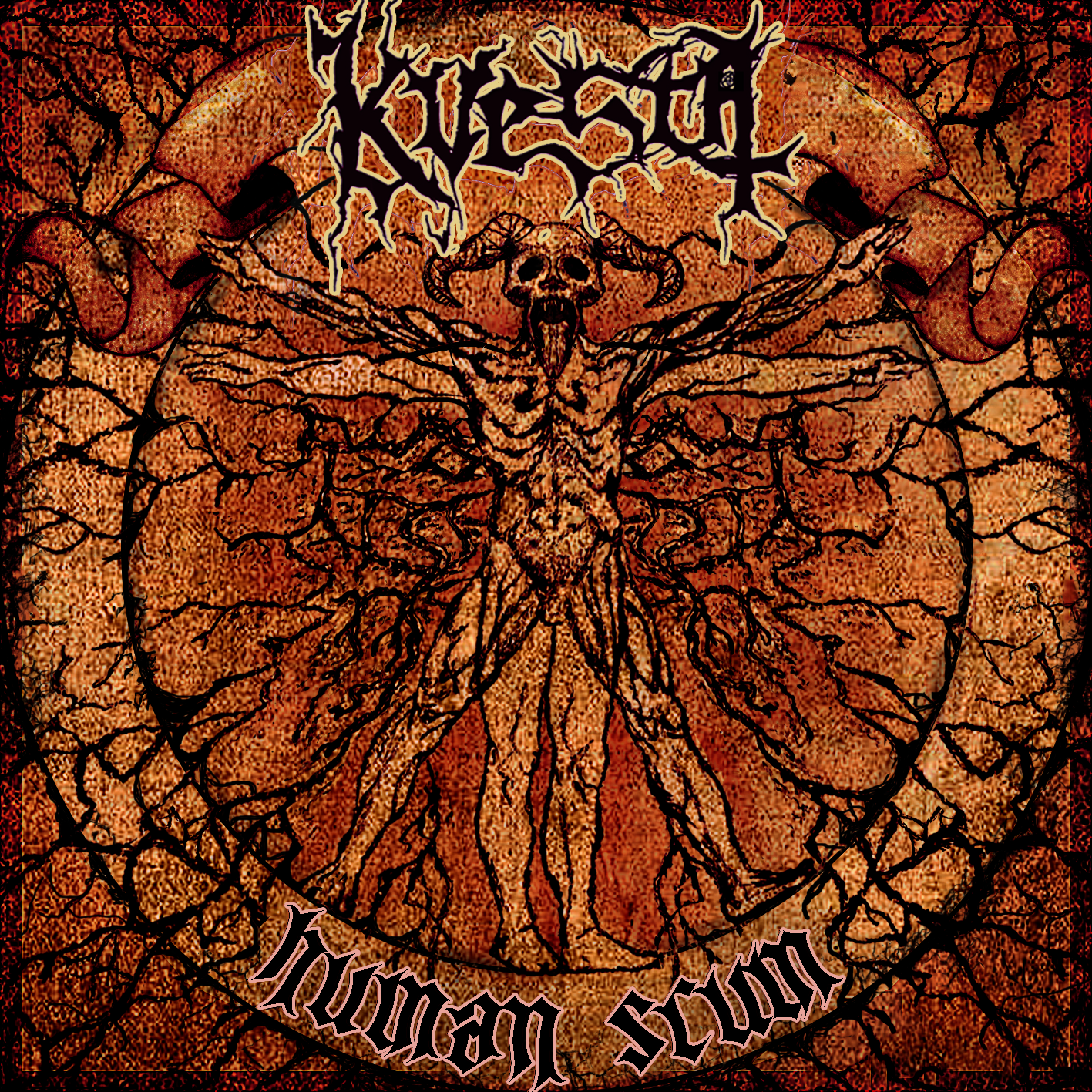 Kvesta was started in april of 2014 by Raatten, who quickly recruited Zagtan. The duo set off to Oslo in the summer of 2014 to record the first offerings. The Human Scum EP is the first of two releases from those sessions.

The four songs display the bands ferocious and versatile style, with each song beings its own gnarling beast. Human Scum cements Kvesta as a fresh face in the Norwegian underground, unafraid to experiment with frequencies and sounds others wouldn’t dare touch. Although the music is rooted in black, thrash and death metal, it also extends into paths seldom trod by contemporaries. Human Scum is a twisted marriage between snarling riffs, grinding drums and sonic frequencies.
Tracklist:
1. Demonic Summoning Ritual
2. Parasite
3. Entrails in the Snow
4. Hate Yourself